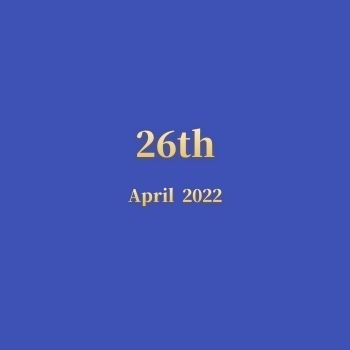 1. Development of liquid ammonia and ammonia industry
The production technology of liquid ammonia includes sour water stripping production method and synthetic production method. The sour water stripping production technology is mainly the reuse of waste in the production process of oil refinery; Synthetic nitrogen and hydrogen are produced into liquid ammonia under the action of high temperature, high pressure and catalyst.
With the continuous enhancement of environmental protection in China, the requirements for flue gas denitration in various cement plants, thermal power plants, paper mills, glass factories and petrochemical industries are increasing, and the demand for liquid ammonia and ammonia is also increasing. For example, the national environmental protection standard of the people's Republic of China, technical code for flue gas denitration engineering of thermal power plants (hj563-2010), issued by the Ministry of environmental protection in February 2010, and the national standard of the people's Republic of China - Technical Code for denitration engineering of cement plants (gb-51045-2014), jointly issued by the Ministry of housing and urban rural development and the General Administration of quality supervision, inspection and quarantine in December 2014, The requirements for flue gas denitration in thermal power plants and cement plants are clearly specified. Liquid ammonia and ammonia, as one of the main reducing agents for industrial flue gas denitration, have obtained new development space.
2. Demand analysis of liquid ammonia and ammonia industry
At present, liquid ammonia and ammonia water are mainly used for flue gas denitration and sewage treatment in cement plants, thermal power plants, paper mills, glass factories, petrochemical and other industries, as follows:
Main application markets of liquid ammonia and ammonia water
(1) Market demand of flue gas denitration in power plants
Electric power is mainly composed of thermal power, hydropower, nuclear power, wind power, solar energy, etc., among which thermal power includes coal-fired, gas, fuel oil and waste incineration power generation. According to the statistics of China Electricity Council, by 2020, the installed capacity of thermal power in China accounted for 56.58%, which is still the main source of power supply in China. In recent years, despite the rapid development of green energy such as wind power and solar power generation, the installed capacity of thermal power in China still maintains a stable growth trend.
In addition, as an important form of thermal power generation, waste incineration power generation has become one of the important power supplies in China in the future with the development of urbanization, the restriction of urban development space and the need of environmental protection.
Domestic waste incineration power generation projects have spread across 30 provinces (cities and districts) in China. At present, waste incineration power generation projects in China are mainly concentrated in East and South China, with relatively developed economy, so the market share of waste power generation projects is high.
(2) Cement plant flue gas denitration Market
According to the data of the National Bureau of statistics, the national cement output in 2019 was 2.344 billion tons. The overall cement output of Guangdong Province showed an upward trend from 2010 to 2019. In 2020, the cement output of Enterprises above designated size was 2.377 billion tons, a year-on-year increase of 1.63%
China's economic development trend is good, the demand for cement is large, and the cement output has been maintained at a high level. Liquid ammonia and ammonia water are reducing agents for flue gas denitration in cement plants. With the stricter requirements of national environmental protection, the market prospect of liquid ammonia and ammonia water is broad.
(3) Denitration market of paper mill
The annual production and sales volume of China's paper industry ranks first in the world, accounting for about one quarter of the global total. According to the statistics of China Paper Association, since 2014, China's paper and paperboard output has shown a shock upward trend as a whole; In 2017, China's paper and paperboard production exceeded 110 million tons for the first time, a record high; In 2018, affected by the decline of industry prosperity, the overall output decreased slightly; In 2019, China's paper and paperboard production picked up, with a cumulative output of 107.65 million tons, a year-on-year increase of 3.16%; In 2020, the national paper and paperboard production was 112.6 million tons, an increase of 4.60% over the previous year; From 2011 to 2020, the average annual growth rate of paper and paperboard production was 1.41%, and the average annual growth rate of consumption was 2.17%.
According to the 2020 annual report of China's paper industry issued by China Paper Association, in 2020, the product output of China's paper industry was mainly concentrated in the eastern region, and the output of paper and paperboard accounted for 73.2% of the national output of paper and paperboard. With the steady development of the paper industry, the flue gas denitration treatment in the paper process provided a stable market guarantee for the market demand for liquid ammonia / ammonia.
(4) Industrial wastewater treatment market
According to the data, from 2014 to 2018, China's industrial water consumption remained at about 130 billion cubic meters. The industrial water consumption was large, which put great pressure on China's water environment. Moreover, due to the serious phenomenon of disorderly discharge of industrial wastewater, the problem of environmental pollution is increasing. Therefore, the Chinese government has issued a series of environmental protection policies, requiring relevant enterprises or entities in the industrial field to strictly treat industrial wastewater. Laws and regulations restrict the wastewater discharge of enterprises and stimulate the demand growth of industrial wastewater treatment industry.
With the development of China's domestic industrial and chemical industry, coal, electronic components and other fields, and the gradual promotion of various industrial park projects, the scale of China's industrial wastewater treatment market will continue to maintain an upward trend. With the growth of industrial wastewater treatment market, the demand for liquid ammonia in wastewater treatment plants will also increase.